Pictures from the SEWM2018 conference: 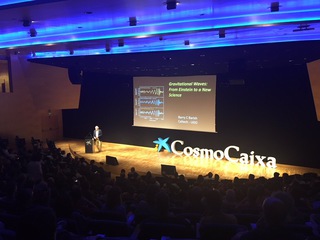 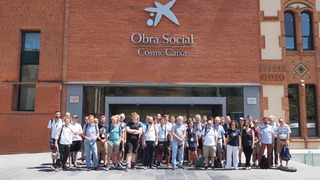 The focus of the conference is the theory of the Standard Model and beyond at finite temperature and density and in and out of equilibrium, including applications to cosmology, astrophysics and relativistic heavy-ion collision experiments. Among the topics to be discussed are:

In the new era of multimessenger astronomy initiated by the discovery of gravitational waves emitted from both the merger of black holes and binaries of neutron starts, this edition of the conference will devote special attention to the impact of these discoveries on the topics covered by SEWM.

Prof. Barry C. Barish, Nobel Laureate 2017, will give an open outreach talk highlighting this relevant discovery, together with his personal implication on this historical episode of Physics

The organizers can be contacted by e-mail: sewm18@ice.csic.es

Scientific Secretariat Services offered by Reunions i Ciència. They can be reached at sewm18@gruporic.com

On-line registration is closed now. If you are interested in attending the conference, please get in touch with the organizers. 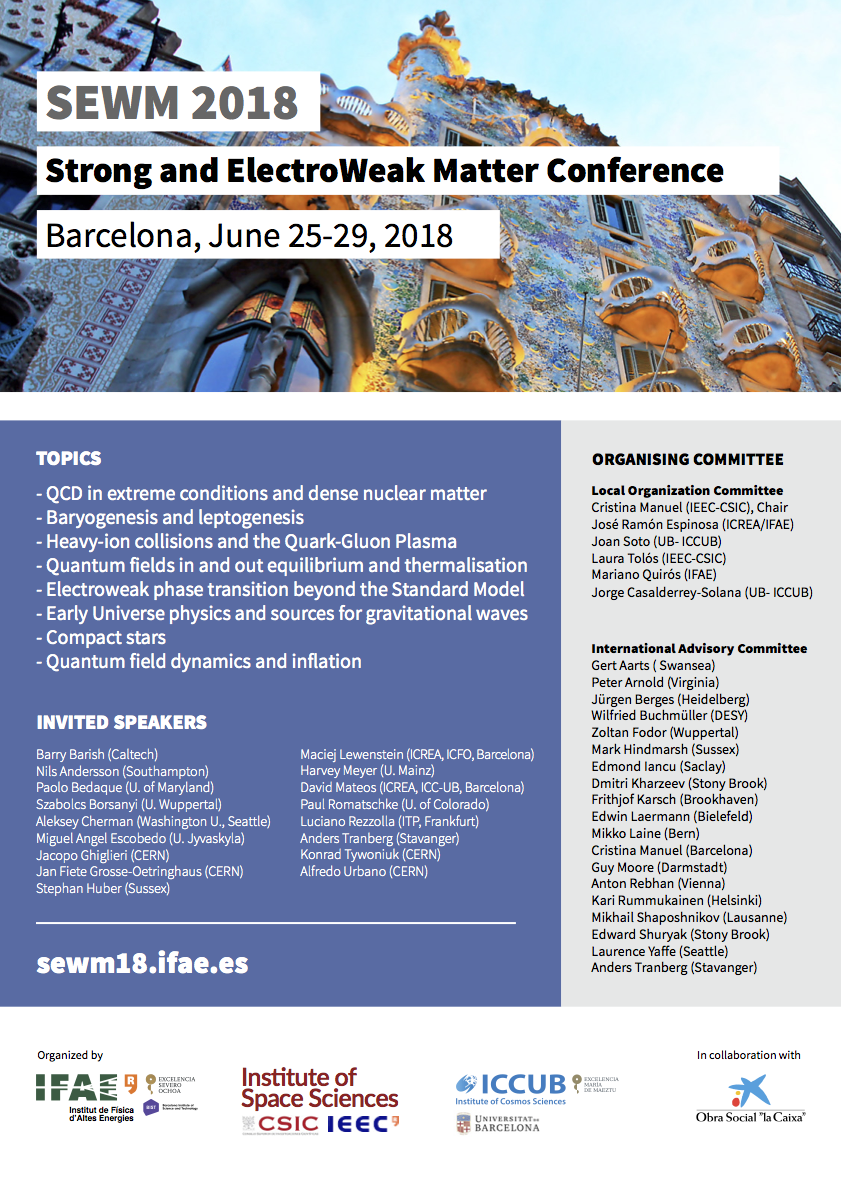